Remember that cute, little, harmless, innocent dog I mentioned that I had before? Yeah the little shit farts a lot. 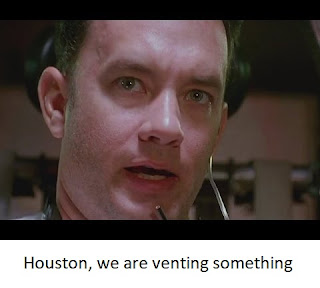 Let me start of by saying he is not a massive dog, so no Great Dane or Labrador, he is not much bigger that a loaf of bread and I am sure that come cats are bigger than he is! I would expect the “fart to mass” equation to work out something like this; larger dog more space for fart, small dog less space for farts. That does not seem to be true in my case with my little dog; he punches way over his weight bracket when it comes to venting hastiness from the rear ends!

I am damn sure that he builds it all up inside of him just to wait for that optimal moment to vent it all in front of me in one godawful fart. I really have no idea how he fits it all in, I’m not kidding you there is so much inside of him I’m genuinely surprised that he does not start floating away and we have to tie him down like a blimp.  Right now and with the lack of obvious floating, I’m pretty sure that I have bought a cross breed that is half dog and half air compressor.

At different time during the week I have to pick the fluffy little fart machine up from where my other half works so I can then drive back home. I would not say I have a large car but it is big enough to fit four or with a bit of a squeeze five adults in, so there is plenty of air space to defuse in if it is just me driving and the dog sitting in the back. Yeah… just no, if he drops one of his death clouds I have to open all the bloody windows just to vent the stench so I may keep on breathing without choking. This is a genuine hazard to my health and if not other road users, heaven forbid that I become incapacitated and crash in to something that would be a bloody difficult conversation with the police and my insurance company, “yes sorry officer my dog let out a nowhere near digested, nose hair burning, vomit inducting fart that caused me to black out and drive off in to the rhubarb”.

The little chap struck again during a post Covid lock down dinner parts with a few friends. After being shunned by myself as I was cooking and the guest had become tired of chucking the squeaky ball for the hundredth time he finally settled in a place that I could only assume was out of pure pettiness, right under the dinner table so nobody could sit comfortability. Dinner was served and everybody was tucking in only to be interrupted by the dog walking out from under the table treading on everybody’s feet. This was the moment that a tactical dog fart had been realised in to the world. After a few moments for the fart to air mixture to fully saturate in the atmosphere making sure the receptors in our noses can properly identify how rotten that fart really was it punched us with a uppercut right in the nose holes. Luckily, everybody found it funny if but a tad horrible but something to remember I guess. The second lucky thing to happen was I’m glad that I didn’t choose to light the candles on the dinner table as I think we would have been in for an explosion with the amount of methane which was released in that off gassing!

Like most of the posts I make they have happened in the near past which is why I can record them vividly for you all to read but when I was typing up my last posting he struck again, so my misfortune is your reading pleasure. I am comfortably sitting on the sofa with my laptop in hand typing away and the dog decides that it also looks like a comfortable place to sit right next to me. What I thought was a nice cute thing for him to do as he pressed himself up next to me turned out to be something with a sinister motive.

All you dog owners will understand what I’m going to say next, dogs just won’t sit still for a long time they just love to fidget and move around. It appears that they are on a quest to fine the ultimate sleeping spot and they must keep testing until they fine it no matter how irritating in is to you! So he gets up and take a walk over my lap containing my laptop and let rip a “good one” just at the critical time when dog arse and nose are at their closest point. Needless to say I was not impressed and he was on the floor for the rest of the evening with a bottle of Febreze (For those who don’t know what it is think of a fancy air freshener) trying to get the fart out of my head!

If you are looking for the next big thing to make millions can somebody with the brainpower come up with a filter for dog farts, preferably one the dog wears…