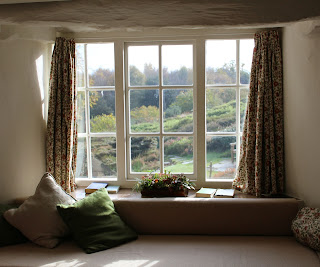 Oh boy did I not think that this would be that hard, I was wrong, very wrong.

So I recently moved house and amongst other things that we needed to get curtains where amongst them. The ones I already had where either too small or worn out beyond justifying putting up much to the annoyance of my bank balance fluttering on down to zero because of the already expensive nature of moving house. I carefully unboxed my tape measure that was hidden between a set of wine glasses and a tea pot I have never used and went straight to work measuring the windows in a manner of different ways with the cocky feeling of thinking I knew what I was doing scribbling down all the measurements I needed… foreshadowing warning!

After being told numerous time by the better half in the few days since we got the keys that “hanging bed sheets looks rubbish” followed by “what will our new neighbours think” I thought it be best to help appease the situation (and get the hell out of there as quick as I can) by hunting down our old curtain poles from the horde of moving boxes. Found them! While raising the pole up to the window to get an idea if I needed to replace them I was told that they just don’t “fit” the house any more, and here I was thinking that 30cm gap from the window to the end of the pole was the obvious reason rather than them not being the correct colour… Off to the shops we go.

What I found out rather rapidly is that every bloody shop has a different way of measuring how they sell their curtains. Some shops sell them in pairs other in singles, one shop had a pick and mix option which blew my mind totally. What really got me was all the different ways that you need to measure just to find a bloody set that will fit! Some just want you to measure the window and other would rather that you measure the full draw length including overhang of the wall. Don’t even get me started on whether you need to divide your numbers by two or not, the amount of head scratching and swearing was of the chart!

After spending what felt like hours finding the right pattern that will match the décor of your house it was time to rummage around finding the correct package and they decrypt the writing on the back of the packet using the Rosetta stone just to see if they will fit. Far too much time was spent trying to work it all out that I have to even go to the extent of something which went against my male training of struggling by myself and not admit defeat… I had to ask the shop assistant for help. Even after showing the poor bloke the packet and the measurements he didn’t have a clue either so I had no hope in hells chance of getting this right. We left with him saying “well take them home and try them, you can always return them” so with that in mind I grabbed what I thought was right, paid and then headed off back home.

Cut back to my home now, the new curtain poles are up above the windows, all that’s now left is to hang the curtains. First attempt with the large living room windows as I unfold them only to find that the bloody pair of curtains measurements where not for both of them together but rather a single curtain so now I have enough material to cover two windows even with taking in to consideration the “ruffling effect” which is something I learnt, curtains don’t hang flat I completely overlooked this and had to relearn it with the help of the shop assistant… Now you might now be thinking that I should just can’t admit my mistakes and not try to blame something or somebody else but the only mention of this critical part of information was a bloody slip of paper with “extra” measurement details and hanging directions inside the neatly folded package stating amongst other things “per curtain”! If I ever find the person who thought that it would be a good idea to not put that on the outside I will eat copious amounts of beans and cabbage for a week while bottling up the farts that escape me the just to post it to them so they can get a massive whiff of stagnant farts while they think about what they have done.

After my failed attempt in the living room I moved on trying to salvage my sanity somewhat and headed off to the bedroom. Here we have a rather fetching light grey number what will go well (or so I’m told, I’m not allowed to make these choices on my own) with the duck egg blue feature wall. Out the package they come and looped on the rail they go. Oh would you look at that they are too short by about 5cm … the same amount as the bloody distance of the curtain rail above the window, I pissing hate curtains. Looking back at the packaging I can see my mistake now, it exactly matched the “missing” amount. What is very annoying to which I’m damn well trying to blame this on is even though they are from the same shop and brand the measurements do not conform to one and other, so one eyelet set has the “hanging bit” added on and the other didn’t.

This really should not be that complicated to hang up some bloody curtains. If you want to save yourself this trouble might I suggest a few options; 1) just get a set of blinds, wooden or roller it makes no difference 2) spend an extortionate amount of money and get custom made curtains 3) Buy a shit load of bed sheets and bodge them every night in the hope that they don’t fall down as your sleeping and just incur the wrath of your other half!

Curtains are the bane of my bloody life!