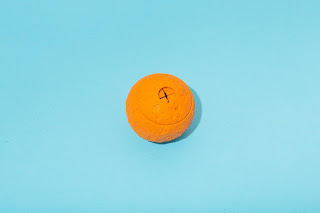 I’m pretty sure that if there is such thing as the devil a squeaking dog toy was his invention without a doubt. I’m pretty sure they should be labelled with large warnings, possibly with flashing lights, as they are in my mind an offensive weapon, I would even go as far that they should need you to have a licence to own them!

You may not know but I have a dog, a little annoying at that. He loves a good squeaky toy and will spend hours on end repeatedly biting just at the very right point to induce a quick repeated squeak over and over and over again completely destroying everybody’s sanity within ear shot of the fluffy little bastard!

After the last trip to the pet shop to get some more dog food the better three quarters decided that we should also get yet another weapons grade dog toy to keep him happy. I’m pretty sure now that the weight of toys this one dog has is greater than the weight of the bloody dog, actually while we are talking about it looking right now at the dog’s toy basket, yes I did say basket, he does have at least more in size toys than the size of the dog itself! Anyway I digress, the dog “choose” a small squeaky doughnut toy which rather cutely I must admit carried in its mouth up to the till to pay without a single sound being made.

That silence didn’t last long. Upon returning home, grabbing a cup of coffee and sitting down to what I thought would be a nice peaceful chilled weekend afternoon the calm was suddenly pierced by a high pitched shrill of that bloody doughnut. The little bugger didn’t stop so after a few minutes I thought it be best to save my sanity and take it away, the dog had other ideas!

As soon as I stood up the squeaking stopped, I took a step closer still no sound, a few more and all I got was a set of eyes locked on to mine in only a way in which I could describe as “trouble”. I had reached the point of no return, eye to eye only centimetres between us. One squeak that was it all that broke the deadlock, I went to grab the toy but the dog was just a split second faster than I. The dog had legged it running laps around the garden then every room in my house all while multiple times a second letting out that hateful squeak I took chase after and tried to remove the toy, needless to say that dog is a lot faster and more nimble that me so the only option I had was to carry on until one of us tired, I’ll claimed victory of that one! The toy was mine and placed with purpose on a high shelf. The dog didn’t seem to care all the fun of the chase was enough to require a dog nap!

Right that’s it, I have had enough who do I have to talk to so I can get them band? Do those online petitions really work? While I figure that one out we are going back to sticks and raw hide to chew on! Ah blissful silence once again fills my house hold… but for how long, that toy basket is full to the brim of more toys … 🐕