Drive at the speed limit! 🚦🚗

I’ll start of by saying that you must drive safety and not use excessive speed, be safe people don’t end up hurt or hurting somebody else. 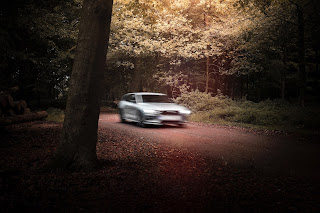 I really don’t understand why some people driving totally normal cars, on totally normal roads refuse to go at the speed limit. The amount of people that hold every one up because they can’t use that little peddle on the right hand side and put their foot down!

I was driving down a nice clear wide road with the speed limit set at 50 mph, nice long sweeping bends and pleasant sunny weather, all in all a good day to be driving. Then off in the distance I spotted it, a small silver in colour Honda Jazz, here is where it all went from a good drive with not issues to horrible and frustrating!

As I mentioned before, the speed limit is 50 mph so it is reasonable to expect that you should be driving at that speed and not that much lower if everything is normal. So say if you’re the Honda Jazz traveling at 40 mph on the same straight road in good conditions but everybody else is driving a 50 mph, you will be that one rage inducing moron going to slow pissing everybody off who is traveling your way. This car in question never went over 40 mph at all at any point of the geriatric 15-minute journey. After the rage have built up inside me to critical levels we have just travelled in to a 30 mph zone in a nice quite English village. We all know that you have to slow down so you don’t turn the road into a bowling alley, your car being the ball and in turn scoring a strike on the village children plus Mrs Tamworth with her dog.

In the 30 zone this stupid little car didn’t slow down one bit but rather kept on driving at 40 mph confirmed when I obviously slowed down and the car kept on going at the same pace off in to the distance, what the hell is up with that! They have chosen to drive below the speed limit pissing everybody off for so long only to totally disregard the rules in a moment’s notice. If this person is you or you do this, please kindly take a long walk of a short pier.

Oh boy, it doesn’t stop here. I sadly have to commute and on that route there is a tunnel, this tunnel is a duel carriageway at the national speed limit (for those who are not from the UK its 70 mph). There are different limits dependant on that type of vehicle you’re driving but for cars normally the “slow lane” is where you will be driving, those who don’t want to be driving at 70 looking at those who drive at 60-65 for fuel economy and trucks and trailers this is the lane for you. What you don’t expect is a car hogging the “fast lane” driving at 55 mph and not moving over when clearly a car is traveling at 70 behind you and would rather not turn you in to a hood ornament on the front of my car.

I encountered this complete moron at the very start of my tunnel adventure, the slow lane was populated with everything slow and limited so in its rightful place. The fast lane was in turn populated with a long line of cars behind a clapped out Ford Fiesta acting like the world’s worst racing pacing car! What makes it even more irritating is every hundred meters is a nice glowing and totally visible speed limit sign reminding everybody to put your foot down. This car refused to move over even if there was enough space to do so but that ok you self-centred, self-absorbed, egocentric bum hole. If you are this person or you do this, please kindly find another method of transportation you tried but it’s not working out!